I’m trying to share an illustration started in Vectornator with Inkscape on the PC. The canvas is an A4 canvas and exported as an SVG.

In Inkscape, I opened it and just resaved it as an SVG but when the SVG is imported back into Vectornator, it became about 840 inches by 600 inches. 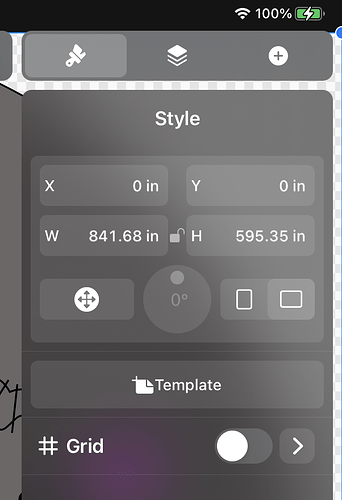 I checked the SVG header and it shows the correct dimensions. 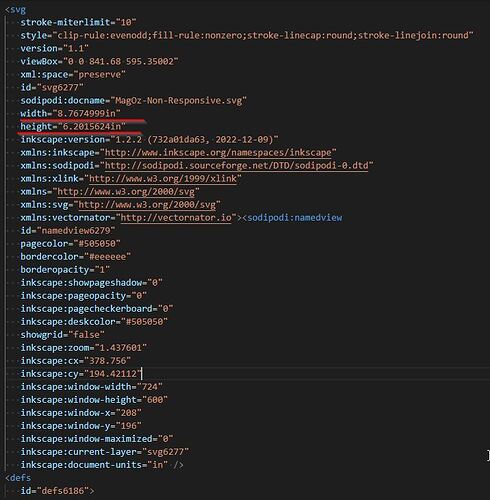 During export from Vectornator, I tested checking the Responsive toggle and not checking it but it made no difference.

Is there a setting that I missed?

I think I found the problem. Vectornator writes the width and height as 100% and when imported into Inkscape, I see this line when I open the Document properties. 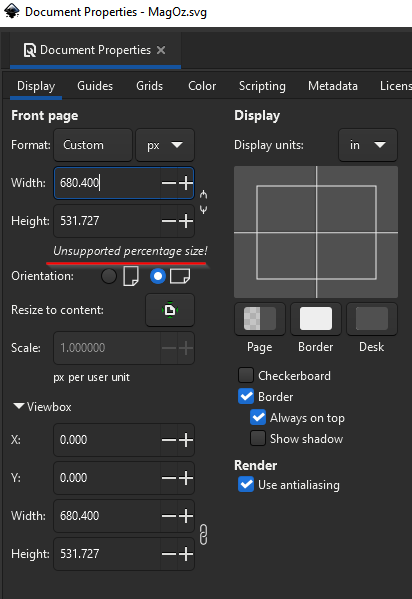 Previously the units of the “Front page” were set to whatever I had before (inches), and because the width and height values are invalid, they filled them in with some previous values or took the values from the viewbox (which is incorrect).

So now I just set the unit to pixels to match the viewbox and that seemed to have fixed it.

Apologies for the frustration that this may have caused! We’re aware of this matter and currently looking into it. In future, another workaround is to uncheck 'Responsive’ during the export process - this will preserve the intended dimensions.

I’ll be sure to get in touch again with any future updates on this topic.

Thanks Helen. I did test unchecking that Responsive toggle but not sure why it didn’t work until I discovered this other workaround. I must have done something wrong in the middle of all those tests and unchecking Responsive does indeed work too.