I have been refining some work I had and all of the sudden, when i was combining some shapes, several unrelated objects got moved and distorted. I tried to undo my way through it, but as I did, the nodes and objects I intended to adjust were undoing while the glitched elements remained. This happened earlier this evening and I was able to undo my way out of it after exiting to the gallery. It didn’t this time and I can’t find a way to get back to where I was.

So sorry to hear about this issue and I’d like to look into it as soon as possible so it would be great if you could answer the following:

If possible, it would be extremely helpful if you could catch this occurring via a screen recording also.

Looking forward to hearing from you,
Helen

I don’t have a video recording because I don’t know how to recreate it, but I have attached two screenshots. The first is about what this looked like at the start (this was my reference from another program) and you can compare it to what it looks like now in the second (which was taken undoing as far back as I could go). Note the changes in the black, purple flank, purple shadow by the elbow, purple shadow in the ear. 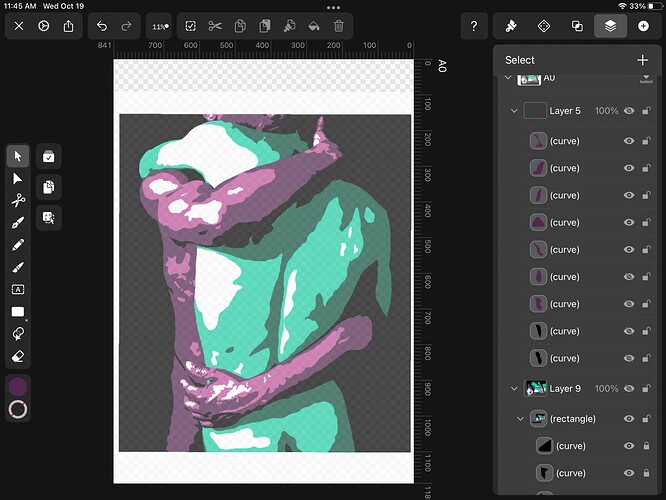 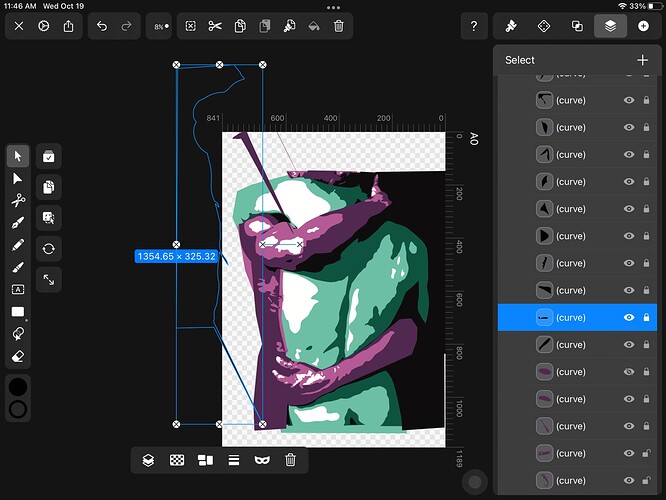 I can confirm this behavior

I have added a review on AppStore back in May.
It’s the only downside of this great app.

Thank you so much for providing these extra details.

I could undo several steps which would only walk back the intentional changes I made. It neither undid nor changed the glitch shapes. It just walked back other changes around them.

I’m having the same issue. I’m selecting the group of paths to move the art work and random nodes glitch and don’t move with the rest of the group. When I undo previous actions undo but the nodes that glitched won’t. It keeps happening again and again and makes working really hard as you have to go in and redo everything manually 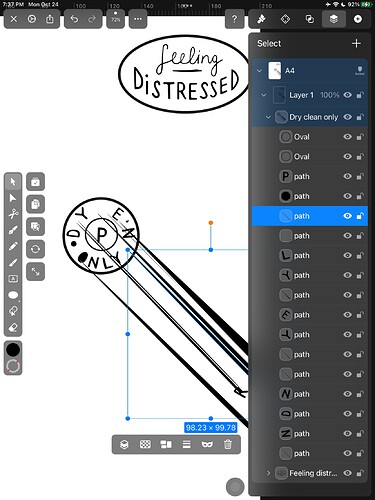 Would you mind sharing your device model, OS and Vectornator version?

Also, if you wouldn’t mind forwarding the file in question for testing that would be even more helpful.

Which email do I send the file to?
Thanks!